What are people from Western Australia worried about? What's happening there that is different? 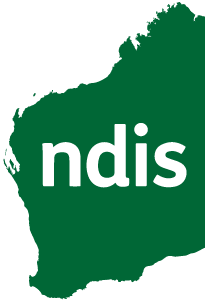 In Western Australia (WA), the trial of the NDIS is being done differently from everywhere else in the country. In WA there are two different trials being held at the same time. The first trial is the National Disability Insurance Scheme (NDIS) trial that is being run just like all the NDIS trials sites in the other states and territories. The second trial is called ‘My Way’ and is being run by the Western Australian state government - because they believe that they can support people with disability better with My Way than with the NDIS. At the beginning of the trials, the WA and federal governments agreed that an independent university would look at how the two different trials went, and then work out which one went better for people with disability.

When people use the NDIS it is very different:

People with disability say that if WA has a separate system to everyone else, then the second problem is not solved. They also say that in the WA My Way system that the special agreements between the government and service providers (called in-kind agreements) stop people with disability from choosing where they get the supports and so the first problem is also not solved. They want to wait until the independent university has a look at these problems before the final decision is made.

People with disability and families in WA also believe that they should be the main group to say which system works better for them. They also say that the community should be able to get good, fair information about how the two different trials being held in WA are going.

There have been 15 articles in the media about NDIS/My Way this year so far, which are listed below. 11 of these articles talked about My Way in a way that made it sound like it is the better choice. The people that said that My Way was better were people from the WA Government (10 of the articles) and people from one of WA's biggest service providers - Nulsen Disability Services (5 of the articles).

Disability Loop would like to hear from people with disabilities and families on their experiences in both the NDIS and My Way trials.

Here are links to mainstream news articles about NDIS/My Way in WA in 2015 so far:

Disability support system helping just a quarter of those in need
The Australian, January 28

WA’s My Way may work within NDIS
The West Australian, May 17

Orelia man does it My Way with NDIS
The West Australian, May 17

WA should go its own way rather than NDIS, disability advocates say
WA Today, August 19

NDIS is ‘being left on the shelf’
The Australian, September 22

The baby and the bathwater: let’s keep the NDIS but slow down its roll-out
The Conversation, September 27