What has the NDIS been up to in October and November?

The National Disability Insurance Scheme (NDIS) has been very busy recently. Since October 22, they have released:

Disability Loop is here to give you more information on what these documents mean. 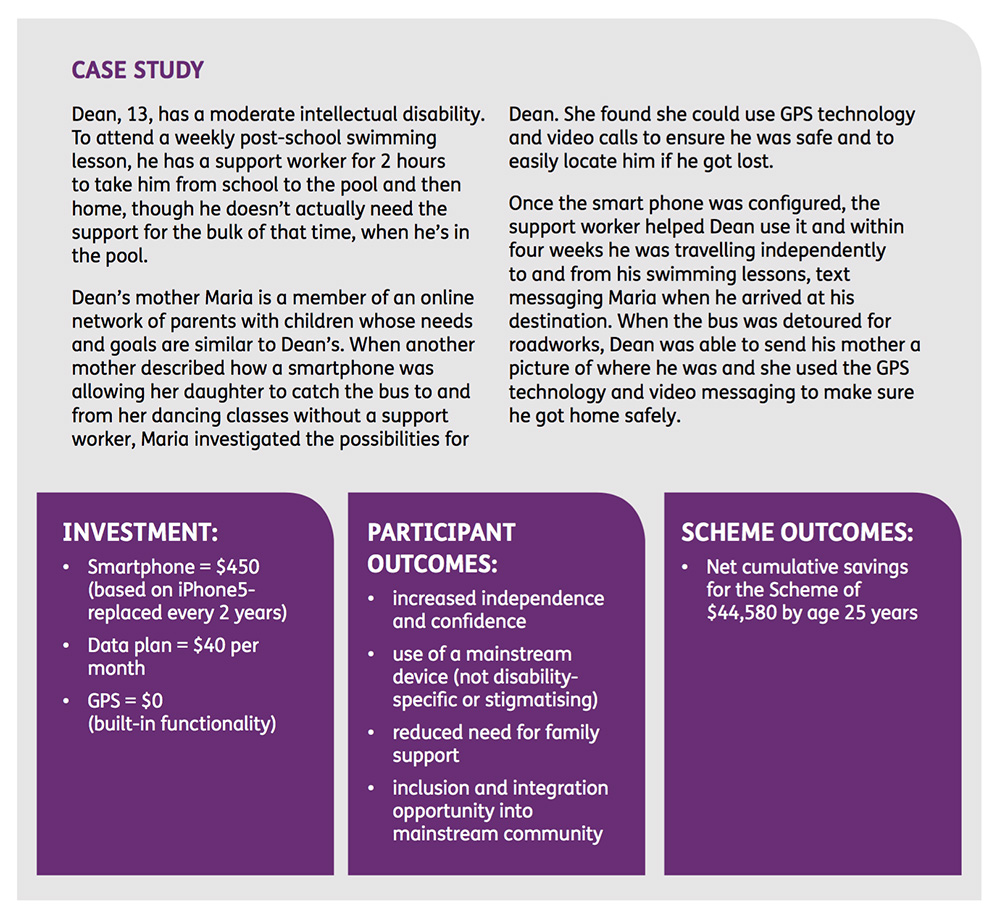 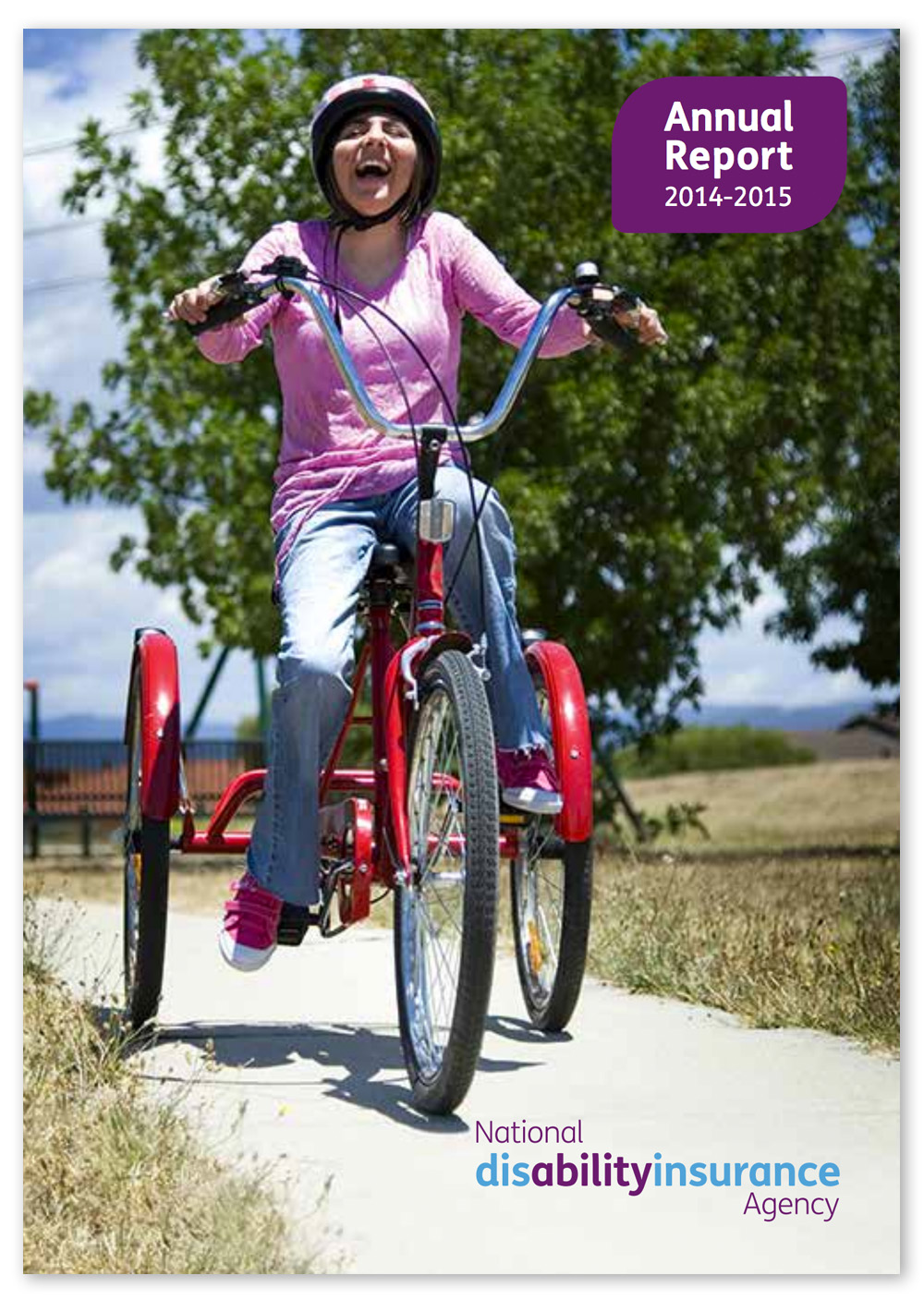 The NDIA 2014-15 Annual Report talks about how many people the NDIS has helped so far, and in what ways. It also shows how the NDIS has spent their money. The report shows that people who are accessing the NDIS are usually happy with how the NDIS is working for them.

The NDIS Annual Report says the NDIS has 19,817 participants and 1,957 support providers so far. 95% of people who use the NDIS said they were happy with the NDIS.

Every three months the NDIS releases a report about how the trial sites are going. This is called the Quarterly Report. The NDIS Quarter 1, 2015-16 report shows that the NDIS is operating on time and on budget. It also shows that more people are accessing the NDIS all the time.

Watch the video below (no captions) of Bruce Bilson reporting on the progress of the NDIS roll out in Parliament.

The Joint Standing Committee on the National Disability Insurance Scheme was set up by the Federal Government in 2013. It is made up of six Senators and six Members of Parliament, from different political parties. The committee looks at how the NDIS is put into action. They also look at how well it is being run. The Joint Standing Committee on the NDIS meet, talk and write about the information they have collected. They then report to the government on how the NDIS is working for people with disability, their families and carers, and service providers.

The progress report on the implementation and administration of the National Disability Insurance Scheme said that the NDIS has been going well overall. It also said there are lots of challenges. One of the big challenges talked about in the report was the bilateral agreements between state and territory governments and the Federal government. Bilateral agreements explain what the national, and each of the state or territory governments will do to make the NDIS real. These have only been signed in Victoria and New South Wales so far. The Joint Standing Committee wants more bilateral agreements to be signed so people with disability can find out when the NDIS is coming to where they live.

You can read the Joint Standing Committee's NDIS report here. 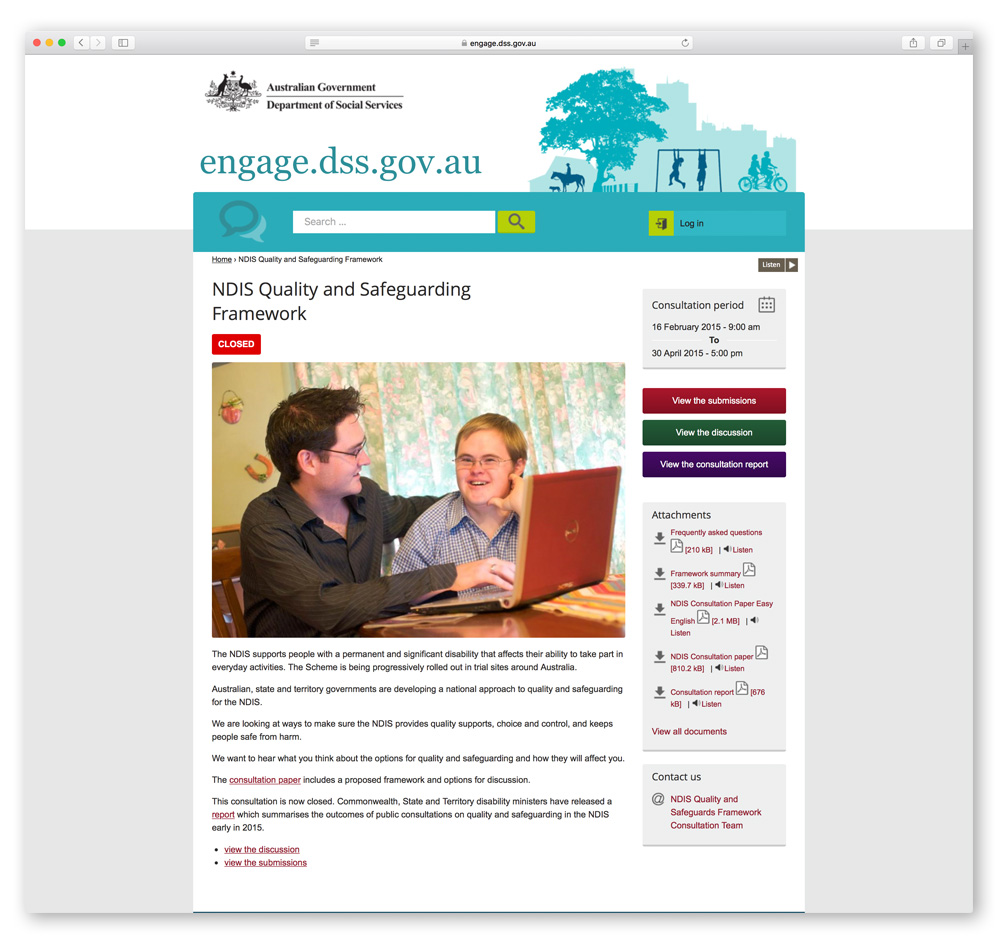 People who will access the NDIS need to know that the supports they use will be high quality and safe. The Department of Social Services (DSS) asked people with disability, their families, and people who support them what they think about a quality and safeguarding framework. This will be a plan that explains the rules about how to get the balance right between offering people with disability more choice and keeping them safe.

Keeping people with disability safe will be an important part of the framework, but it must also let people with disability take reasonable risks that will help them achieve their NDIS goals. Similar frameworks exist in the states and territories of Australia. However, a national NDIS Quality and Safeguarding Framework should be developed because the NDIS will be the same everywhere in Australia.

Ideas for how the NDIS Quality and Safeguarding Framework should work are currently being developed by the NDIS, Federal government, and the state and territory governments.

You can read more about the ideas for the NDIS Quality and Safeguarding Framework below: