Usually people find the signing of government agreements pretty boring. However, on Wednesday, September 16 there was great excitement for people with disability living in Victoria and New South Wales (NSW). On that day, the National Disability Insurance Scheme (NDIS) became real. This is because the full rollout was announced for Victoria and NSW. Full rollout means that the NDIS will be available to support every person with a permanent and significant disability who lives in NSW or Victoria by the middle of 2019, not just the people who live in the trial site areas. Matthew Wright, CEO of the Australian Federation of Disability Organisations said “This is a watershed (defining) moment for people with disability and their families in Australia, and for the NDIS.” 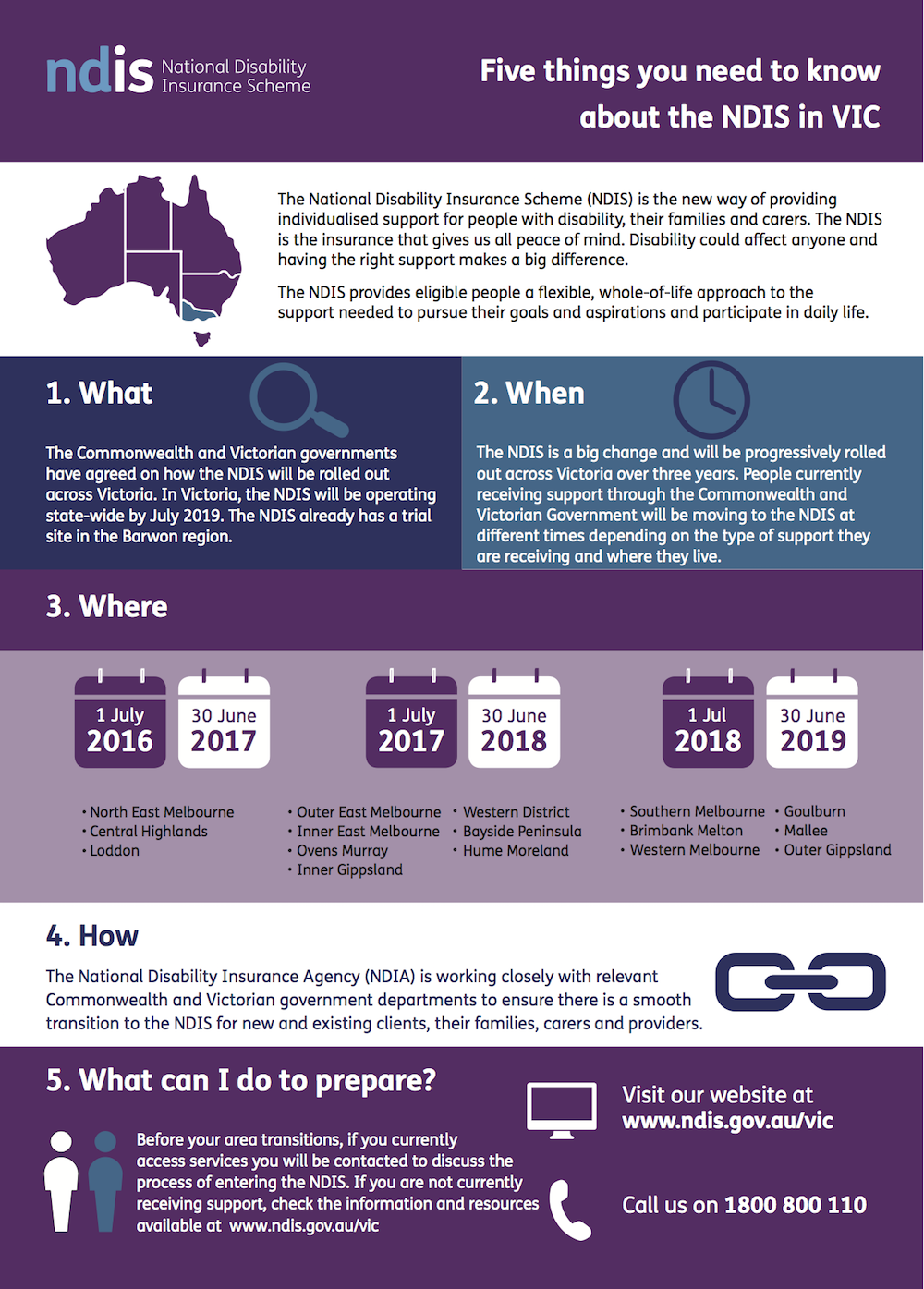 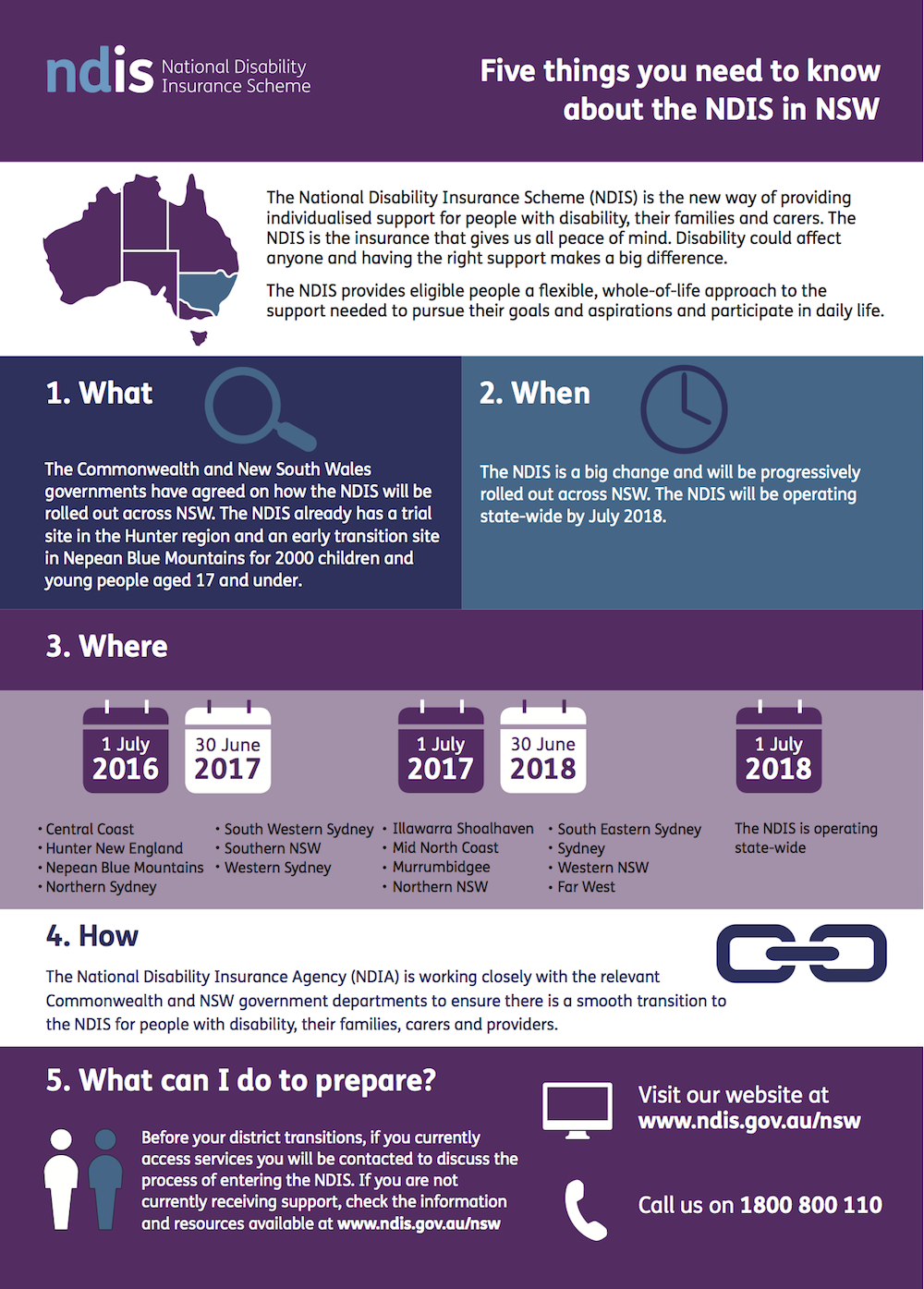 People on the waiting list for Victorian Government disability support (the Disability Support Register) will be given priority access to the NDIS when it is available. Children on the Early Childhood Intervention Services waiting list will also be given priority. People who already receive Victorian Government disability funding will be contacted about moving over to NDIS support when it is available in the area.

People currently getting support through the NSW Government specialist disability services system will access the NDIS first when it starts in an area. If you are not currently receiving support, check the information and resources available from the NSW page on the NDIS website.

All of Australia needs the NDIS

When the South Australian Government and Commonwealth Government made their first bilateral agreement, they thought less people with disability would be eligible for the NDIS than there were. A maximum number of NDIS Participants was decided, but it turned out to be much less than the number of people that needed support and so now it looks like they are not taking any more. A new bilateral agreement would be very important because people with disability in South Australia want to access the NDIS in full.

People also want the NDIS rollout to be agreed to in other states and territories. Australian Federation of Disability Organisations CEO Matthew Wright said “The NDIS was set up as a national scheme for good reason, which is why the remaining states and territories must move quickly to finalise their agreements.”

Visit these links for more information on the rollouts in New South Wales and Victoria.

Below are some links to media that has talked about this: